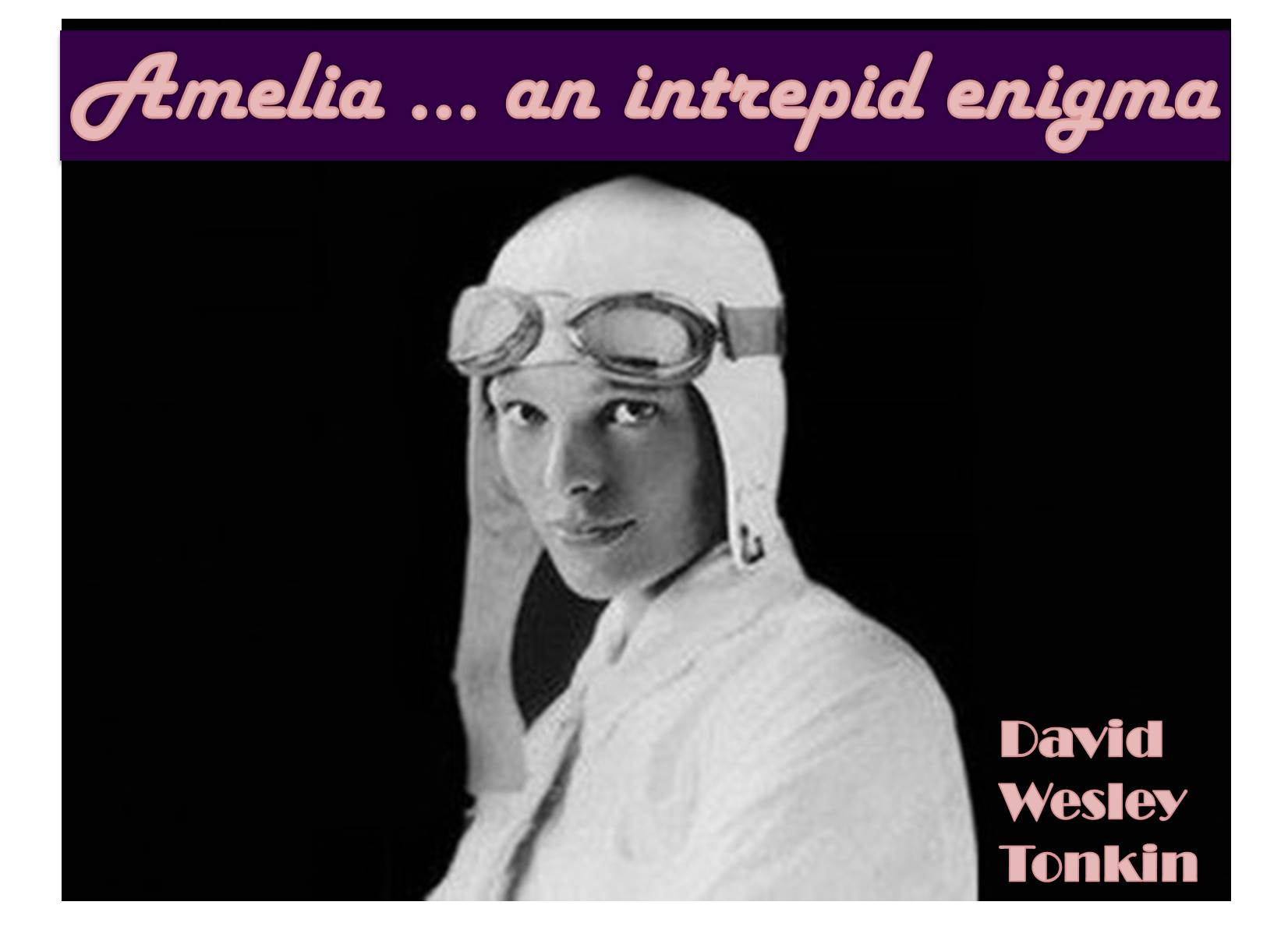 David Wesley Tonkin presents an exhilarating celebration of one of the world’s most influential and significant women, Amelia Earhart. She lived the life she described so eloquently in one of her best-known quotes,  “No borders, just horizons … only freedom.”

During this lively presentation, learn about Amelia and her experiences as the first women to cross the Atlantic by airplane, and the first women to fly solo across the Atlantic. This joyous and poignant tribute to Earhart is inspired by all of the latest credible and verifiable intelligence and reporting, as well as a rich and comprehensive collection of supporting images.

Dessert is served at 12:30 p.m., followed by brief announcements and the featured program.