Friends of the Bucks County Historical Society Lecture: Will the Person Who Really Shot Down the Red Baron Please Step Forward? 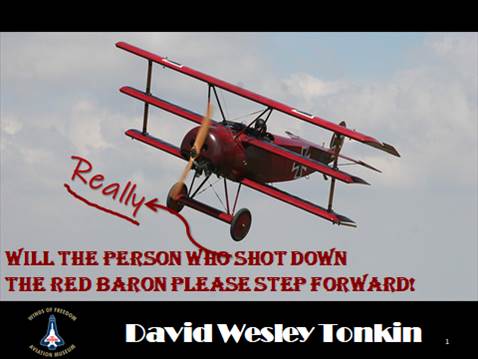 On the morning of April 21, 1918, Manfred von Richthofen, aka the “Red Baron”, and his squadron engaged a group of British Royal Flying Corps planes over a little village in northern France. In this reenactment, David Wesley Tonkin tells the story of this fight, which ended with the death of the “Red Baron”. Tonkin provides insights into the incident and a concluding opinion in the ongoing debate: who shoot down the “Red Baron”?