What did it take for early American settlers to survive in their New World environment?  This  fun and challenging exhibit, based on the experiences of the first Jamestown colonists in  1607-08, immerses visitors in a harrowing ordeal to survive for one year.  Wind your way  through a series of interactive experiences, set within a 2500 square foot maze, and see if you can make it through without “perishing” along the way!  This fun and educational role-playing adventure is designed especially for children, families, and school and other youth groups, and features a zip line, rock climb and many other hands-on, minds-on activities. Created by Seattle-based Minotaur Mazes and the Virginia Living Museum, American Adventure blends history, science, nature and fortune in an exciting interactive environment.

Long May She Wave: A Graphic History of the American Flag 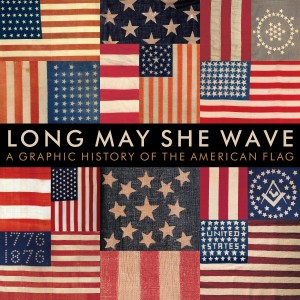 Among the most recognizable icons in the world today, the American flag has enjoyed a long history of graphic renderings and artistic reinterpretations.  Although the Continental Congress agreed in 1777 that the United States flag should be comprised of stars and stripes in red, white, and blue, more than a century passed without formal design regulations, yielding a wealth of exuberant and unbridled creative manifestations of the national banner.

From Civil War-era flags and Native American moccasins to political campaign buttons and original flag art, “Long May She Wave: A Graphic History of the American Flag” assembles thousands of American flag-related objects and artifacts from the private collection of Kit Hinrichs, one of the world’s leading graphic designers and a partner in the international design firm, Pentagram. Together, the range of objects and memorabilia presented comprise their own genre of folk art and are a unique part of American heritage.

Designed and produced by Kit Hinrichs and the Stars and Stripes Foundation.