Line Drives and Lipstick: The Untold Story of Women’s Baseball 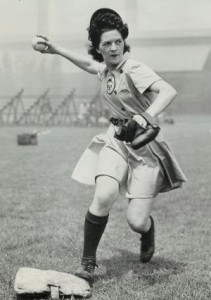 This winter, as baseball fans anxiously await spring training and the opening of the 2013 season, they can get a good early dose of America’s national pastime in this exhibit featuring the history of women in the sport. While the 1992 film, A League of Their Own, introduced contemporary audiences to the WWII-era All-American Girls Professional Baseball League, women’s baseball actually began with the creation of the Vassar College team in 1866. Women were paid to play ball less than a decade later, and a surprising number of women were included on 20th-century men’s teams. Linedrives and Lipstick documents this forgotten side of America’s pastime with 48 images and 15 objects selected from one of the nation’s largest collections of women’s baseball memorabilia. Linedrives and Lipstick is a program of ExhibitsUSA, a national division of the Mid-America Arts Alliance and the National Endowment for the Arts.

The exhibit was generously sponsored by: Visit Bucks County. 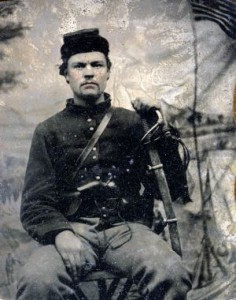 One hundred and fifty years ago, America was deeply divided and embroiled in a Civil War. Though the conflict pitted North against South, even communities above the Mason Dixon Line were not unified in their outlook on the Civil War and its aims. The Mercer’s new exhibit examines how local citizens in Bucks County and the nearby Delware Valley navigated the war’s most pivotal years. The 3500 square foot exhibit contains more than 300 artifacts, documents and images from the Mercer’s collection that tell the story of citizens like Benjamin “Big Ben” Jones, a freedom-seeking former slave who settled in Bucks County. Visitors can participate in the exhibit by casting a vote in the 1864 Lincoln-McClellan election, exploring a camp tent to see how soldiers lived, and trying on period reproduction clothing.

We are extremely grateful to the following sponsors who have provided vital funding to make this extraordinary exhibition possible.

Mystery of the Mayan Medallion 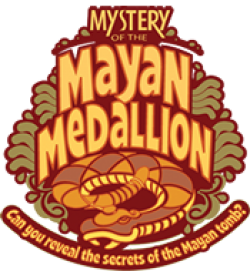 An archaeological team has mysteriously disappeared from a dig site in Palenque, Mexico! They had been investigating a long-standing rumor that a priceless jade medallion is buried in the temple there. However, something horrifying has scared them off. Luckily, in their haste to escape, they managed to leave behind a video with clues and a warning to all who come after. Now, young archeologists must uncover the mystery of the dig site and find the priceless treasure. The Mystery of the Mayan Medallion invites families and school groups to learn more about the sophisticated Maya civilization, recognized for its advanced writing and mathematical systems, and knowledge of astronomy. In this immersive exhibit, visitors translate glyphs, discover which rainforest animals are poisonous, learn how the Mayans recorded dates, make rubbings from a sarcophagus, and interpret a “battle” mural. Exhibit components include archeology, biology and astro-mathematics field stations, an observatory and a tomb. 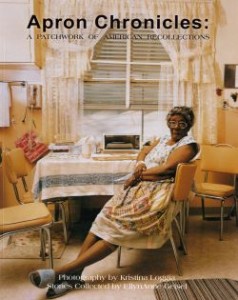 Aprons don’t hold us back, they take us back.  This nostalgic, thought-provoking traveling exhibit combines vintage aprons with powerful photographic portraits, and a series of poignant personal narraties about aprons and those who wear them.  The diverse storytellers include a 111-year old mother and her only child, a Holocaust survivor, a biology professor from Mali, Africa, and a preteen and her grandmother.  Curator, EllynAnne Geisel and award-winning photographer, Kristina Loggia have used the apron as a symbol, recognized by everyone, to create an exhibit more about life than about fabric.  Organized by Grassroots Royalty, LLC.

The exhibit was generously sponsored by: Visit Bucks County 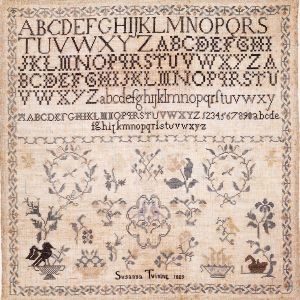 Stitches in Time examines over 50 samplers from the Mercer Museum’s permanent collection, many of which had never been exhibited before. The exhibit also contained borrowed pieces from premiere private collections and prestigious local museums. The exhibit featured 18th and 19th century Quaker samplers, exploring how they were influenced by the English.

The exhibit was generously supported by:

The Hunt for Treasure! 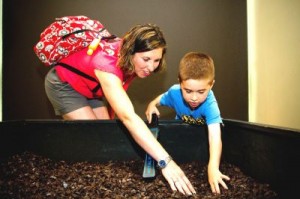 This interactive exhibit explores the intrigue and thrill of treasure and treasure hunting.  Hunt for Treasure!  invites visitors to learn more about shipwrecks, pirates and other treasure seekers, and the tools and methods used in treasure hunting – past and present. Organized by NRG! Exhibits. 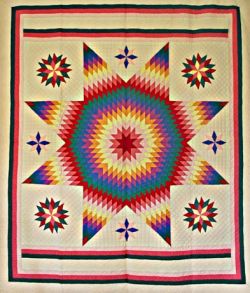 More than twenty stunning quilts from the collection of Paul and Rita Flack displayed. Selected for their vivid colors, and dramatic graphical elements, the quilts are particularly expressive of Pennsylvania-German textile traditions, especially those of the Mennonites. The assembled textiles represent some forty years of collecting for Flack. Textiles were supplemented by quilt-related artifacts from the Mercer collections. 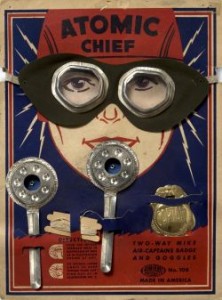 The dropping of atomic bombs on Japan in 1945 served as the closing chapter of World War II. For most Americans, the immediate reaction to the atomic bomb was relief: it had ended the war. But as the United States celebrated, it also braced itself for the uncertain future of the Atomic Age. For the next two decades, the looming threat of Atomic war dominated American society and culture. Through period artifacts, graphics, and audio and video recordings, “Alert Today, Alive Tomorrow” explores the ways in which Americans experienced the Atomic Age and atomic threat as part of their daily lives. A Program of ExhibitsUSA, a national division of Mid-America Arts Alliance, and the National Endowment for the Arts. 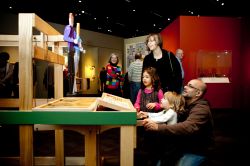 Folk toys have been a part of our heritage for centuries.Take a journey back to a time when play was just plain FUN! ToyTime, the first traveling exhibit to open in the Mercer Museum’s new state-of-the-art exhibition gallery, showcased life-size versions of some of the most popular action folk toys from around the world. Crafted entirely of wood, the sixteen interactive toy stations let visitors explore the fun and mechanics behind the Amazing Acrobat, Bouncing Bird, Jacob’s Ladder, Pecking Chickens, Tightrope Walker, Twirling Tops, Tumbling Toys, Walking Wonder, Whimmy Diddle and more.

The exhibit is provided by Museum Productions LLC.

A World of Things: The Mercer Museum A-Z 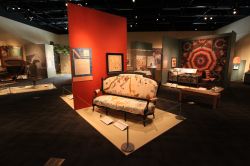 The Mercer Museum’s first exhibit in its new, state-of-the-art exhibition gallery, A World of Things: The Mercer Museum A-Z, offers a fresh look at the museum, its collections and its history. The exhibit features a diverse sampling of the museum’s renowned collections and includes “S is for Shoes that Speak” as several pairs of shoes narrate their life stories. Visitors then get the chance to tell the story of their own shoes in the activity, “Your Show of Shoes.” A “Design Your Own Mousetrap” activity looks at the process of invention and innovation while the “Create A Castle,” interactive lets visitors put together photographs of Mercer’s concrete castle buildings in different and creative ways.

Support for this exhibition was generously provided by: